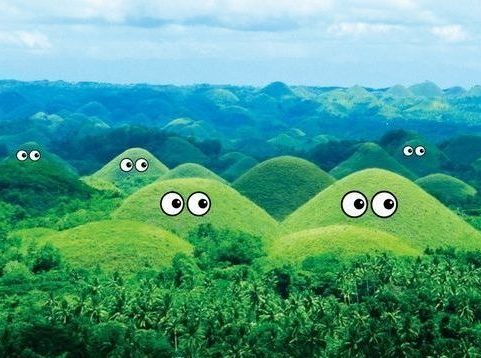 While this story began with a rendition of “The Hills are Alive”, I feel that it’s more reminiscent of The Hills Have Eyes.

Upon arriving for my first semester at high school, I received a letter in the mail informing me that I had been cast in the school’s production of The Sound of Music. I never auditioned for the musical; however, I had auditioned and acquired a place in the school’s selective treble choir, which apparently had also landed me a spot in the nuns’ chorus. The theatre director realized that her cast of nuns was too small and lacked sufficient choral experience, and she convinced the choir director to cast our choir to solve both of these problems and restore order in the convent.

We met for our first rehearsals over winter break, which involved eight straight hours of sitting in the auditorium and watching the theatre director go over blocking with the musical’s lead performers. She didn’t request any members of the chorus for the first two days, so the highlights of my initial experience with high school theatre involved watching my friend play Pokémon on her Game Boy Advance (I might be showing my age here) and getting my mom to bring me Subway for lunch. Over the course of several weeks of the most poorly organized and inefficient rehearsals (an entirely different horror story), the nuns chorus had finally learned blocking for our processionals across the stage. A group of theatre moms got together to sew us our habits, fashioned out of black polyester with headpieces crafted from plastic milk jugs. We completed our final dress rehearsal and received the director’s stamp of approval (or maybe she hated it and yelled at us? I can’t remember), which meant we were ready for opening night.

Backstage, we excitedly caked our faces in nun makeup and changed into our seven-layer costumes. The choir girls did our usual vocal warmups and waited for direction to enter the auditorium for our first acapella processional. Standing in a line, we entered through a side door and walked towards the stage. My nerves suddenly kicked in, and I immediately began to sweat from the heat of the spotlight and the polyester bag I was wearing. Shaking off some unexpected stage fright, I belted out the soprano part of Rex admirabilis and marched onto the stage behind a few other nuns. Our singing was pitch-perfect and echoed throughout the auditorium so dreamily that we were later told we sounded like a choir of angels. I made it all the way across the stage and approached the stage-left staircase for our exit. This corner of the stage seemed much darker than I had remembered, and I grabbed the bannister for support as I went to descend the staircase. As I pulled my arm away from the rail, I realized my habit was caught. I panicked. There was still an entire line of singing nuns behind me, and I could not stop in the middle of our processional. I yanked my sleeve away from the rail and promptly lost my balance, falling forward down the flight of stairs and bringing four nuns down with me. The group of us sputtered out the lyrics to our song while failing to contain some intense nervous laughter. We managed to get up and find our places in line (much harder than you’d think when it’s dark and everyone is wearing matching nun outfits) before we shoved our way to the side door to escape the audience.

Rushing to our dressing room, the soprano nuns erupted. Nobody could believe what happened, and I was mortified. While I couldn’t stop replaying the stair disaster in my head, we managed to get through the rest of the musical without any more incidents. After the show, I sheepishly entered the foyer to greet my fans (ok, my parents) and thank them for coming to see my performance. “Did you see those nuns going down the stairs?!” my dad giggled, “Where were you on the stage??” I suddenly realized that our matching outfits and partially covered faces made every member of the nun’s chorus indistinguishable. That falling nun could have been anybody. I laughed and shrugged, and then I blamed it on one of the altos.