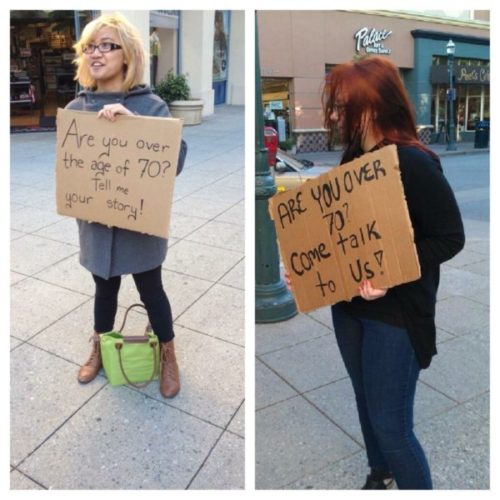 This post is a part of Pen and Prep’s new series, Not My Major, an explanation of why college students should take classes outside of their area of study.

As I try desperately to clear all thoughts from my brain, the construction cacophony going on outside keeps my mind racing. I crack a nervous smile and accept defeat. Despite trying to set aside control for over an hour, I’m not getting hypnotized today. I open my eyes and find I’m still in a nondescript office building in Santa Monica. The man who was just moments ago trying to lull me into a vision of a fire-lit, historical, French library is now asking, “So…when are we going to start working on that social media campaign?”

Though a meeting with a hypnotist was definitely one of the weirdest occurrences brought about by my decision to take a class called Love, Wisdom, and Paradox during my first year of college, it was only one of many strange occurrences during the semester.

After seeing an on-campus balloon show performed by a man who later announced he would be teaching a class the following quarter, I was certainly intrigued. However, I knew deciding to take this class would come at a cost. What about all of those other classes I could be taking to get credit for my major or to knock out some general education requirements? In the end, I decided to go for it, and it was so, so worth it.

First off, this class had the lightest workload I have ever encountered. Yet, that didn’t make it easy. While there were no weekly 10+ page papers to be done, this class challenged me to actually go out and explore my community. Even though I went to school in the beautiful and eccentric town of Santa Cruz, California, I spent most of my time indoors studying… or worrying about not studying. So when asked to go interview a community member over the age of seventy, I set to the streets of downtown with my roommate and a sign that read – Are you over 70? Tell us your story.

Through this encounter, I met an inspiring activist who once protested the Miss California Pageant by wearing a dress composed of meat to the event. She was kind enough to invite me into her home, share some tea, and tell me her story. It was a joy to share this story with my instructor as a final project for his class, but this was not my last project under his guidance.

The following year, he invited me to do some independent research with him. Since he is a television producer, musician, and balloon artist, I knew this would not be your everyday research project. My instincts were right. We conducted a quarter’s worth of research on the history of twerking.

If I hadn’t taken his class, I never would have spent the last year of my undergraduate year curating a traveling art show of his balloon photographs taken around the world. I never would have been connected with the provost of my school, whom I also later conducted research with. And I never would have made a friend who continues to offer me support by inviting me to events I might be interested in, writing me letters of recommendation, and presenting me with job opportunities (e.g. the whole working as a social media manager for a hypnotist thing).

So if you ever come across a class in college that seems really exciting but doesn’t necessarily fulfill requirements, go for it! Practicality is not always the best option. Take the time to explore the community surrounding your campus, and make those connections! You never know when you might find yourself in a balloon suit battling a fierce pirate.